It’s great to see so many designers and developers doing usability testing for native apps and desktop websites. Unfortunately, responsive and mobile websites seem to have taken a back seat. Testing mobile sites presents some unique challenges, but with so many people browsing on mobile, it’s definitely time to start taking it seriously.

The old way of thinking was that people may browse a site or social media on their phones, but they won’t actually buy anything, so why bother testing. This couldn’t be further from today’s reality. We continue to see more and more people using their phones to shop and making major purchases like vacations, car insurance, and TV’s.

The feedback we got during our latest mobile user testing session helped drive our client’s mobile conversions even higher than they were getting on desktop, significantly increasing the company’s revenue.

Setting up mobile usability testing can be difficult, so we want to share our experience from a recent testing session and offer some helpful tips.

Before you start doing any testing, it’s critical to find users who mirror your target customers. We wanted to find people who were likely to make purchases from their phone. So we screened for participants who had shopped on their phone in the past year.

Your phone or theirs?

The first setup question we had to ask ourselves was whether we wanted to use a dedicated phone that we would provide users for all sessions, or have them use their own phones.

In this case, we wanted testing and feedback from a variety of devices, so we decided to have participants use their own phones. We made sure that the testing pool was about 50/50 iPhone and Android. This decision paid off, as we found some very unique issues with certain devices, specifically older versions of Android.

The next question was how we would record the tests. We wanted to record audio of the sessions, as well as video of each user’s screen. There are 3 main options for recording mobile usability tests: 1) a sled, 2) an app, or 3) a separate camera. 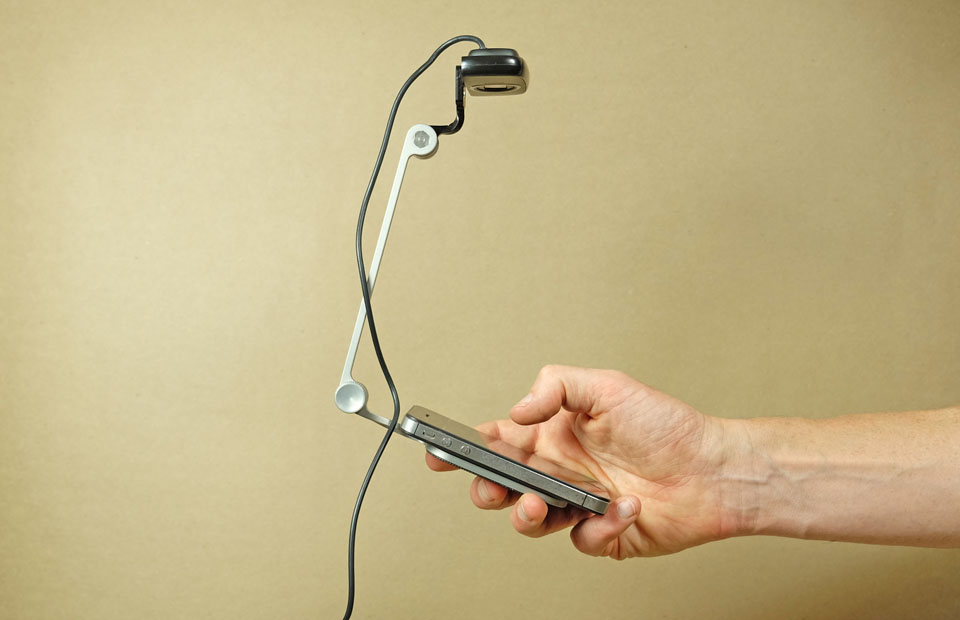 A Sled is a cool name for a device that is attached to the testing device. You can spend some time at Home Depot and make your own, or order a kit like Mr. Tappy.

The major benefit of a sled is that user is free to move around. However, most sleds are better when they’re fixed to the device. It’s difficult to make a sled that can easily move from phone to phone, and users won’t be very happy if you start taping something to their phones. Sleds work well if you’re using a dedicated testing device, but are less useful if users are bringing in their own devices. Since we decided to have users use their devices, a sled wasn’t a good option for us.

3. Recording with a separate camera 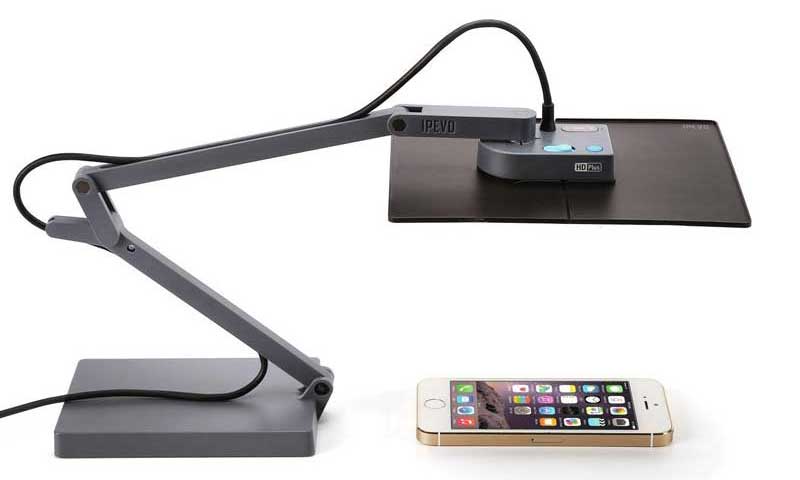 Since we wanted participants to use their own devices, we chose to use a separate camera. After testing a couple different camera setups, we found the Ipevo Ziggi-HD Plus USB Document Camera to be the best.

We really liked our setup with the Ipevo Ziggi camera. Users could pick up their phones and hold them comfortably as they normally would. Once they were comfortable, we positioned the camera around them. The resolution wasn’t always perfect, but we are familiar enough with the mobile site that we knew where they were clicking and what they were having difficulty with.

Other things to try

For this test we did not have a second camera recording the user’s face. We will probably experiment with this setup in the future.

If you only want to test on iPhones, you should look into a recoding app like Screenflow or Camtasia, which can directly record from a connected iPhone.

Any usability testing is better than none. No matter what tools you decide to use, start testing your mobile sites.

Combining his 7 years of law experience and love for technology, Scott built WarRoom Law. By tapping into his creative streak, he has developed an intuitive sense of front end design and coding. Always current on the latest products in the tech world, Scott has an intimate understanding of product design and development.